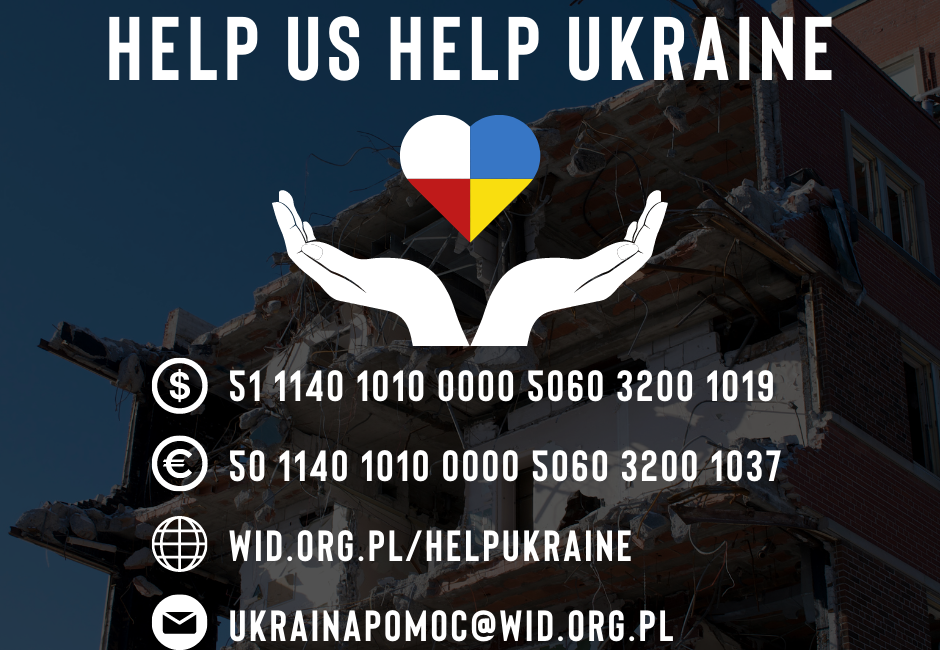 The Freedom and Democracy Foundation [Fundacja Wolność i Demokracja] is an independent, non-party non-governmental organization.

Since its establishment in 2006, the Foundation operates in two main areas:

While implementing projects in both main areas of activity, the Foundation does not forget to popularize knowledge about Polish cultural heritage and the Polish history of the Borderlands.

The most important projects of the Foundation include: 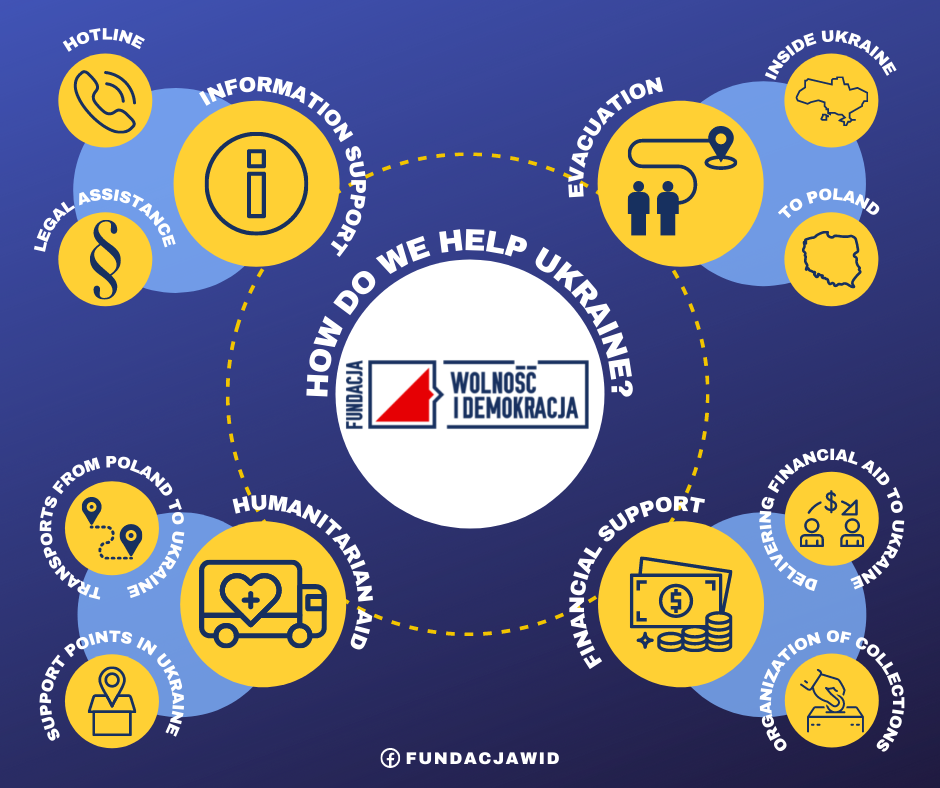 We are an organization that has been operating in the Eastern Europe, including Ukraine, for over 15 years. At the turn of 2014 and 2015, in the face of the Russian aggression against eastern Ukraine, the Freedom and Democracy Foundation organized the action “Save the Poles of Donbass”. Its purpose was to evacuate Poles and people of Polish descent from the war-torn areas of the Donetsk and Luhansk Oblasts and to support them upon their arrival in Poland. Thanks to the action, almost 3,000 people were helped.

From the beginning of Russia’s aggression against Ukraine, our activities have focused primarily on providing aid to the victims of the war in Ukraine.

Activities carried out directly in Ukraine:

The Freedom and Democracy Foundation offers various support to refugees from Ukraine residing in Poland. Activities carried out in Poland: 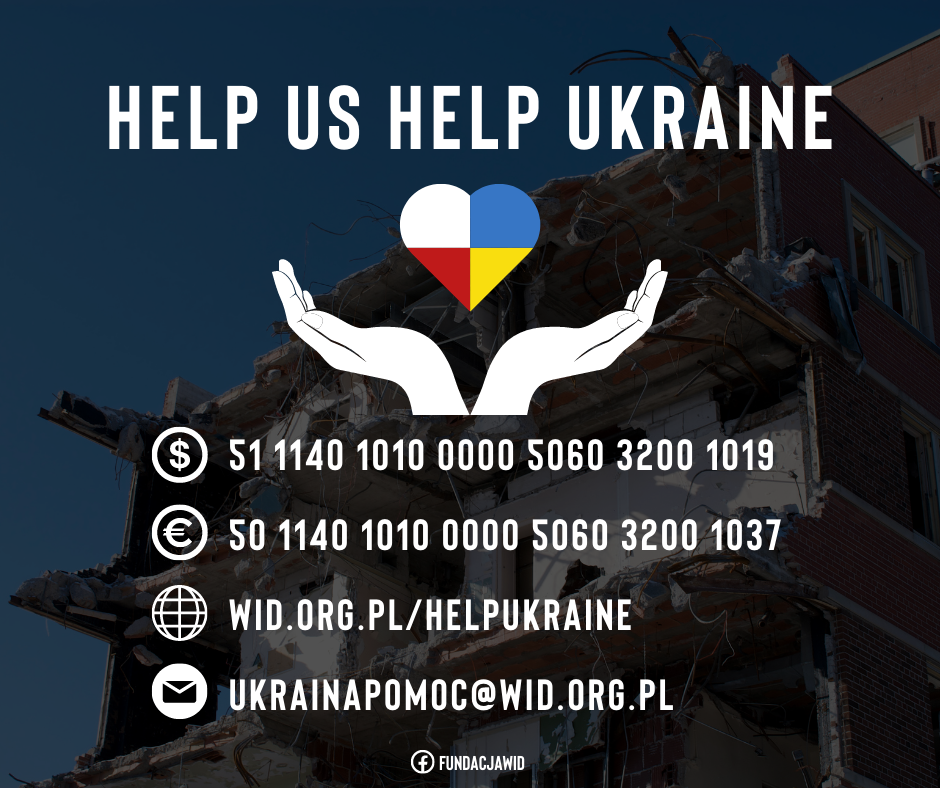